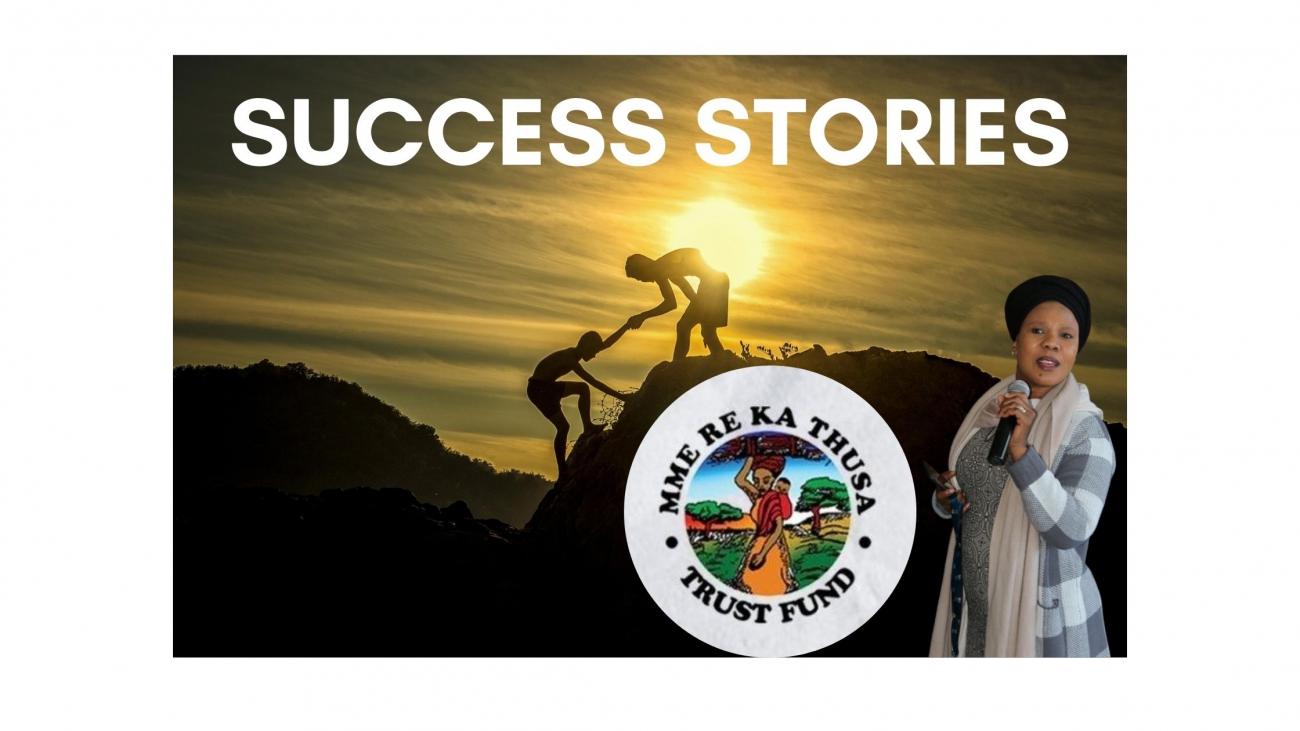 Today we celebrate our beneficiaries telling their success story on the entrepreneurial journey.

Mme Re Ka Thusa Trust Fund is an organization that supports women in business. In the month of August, we celebrate women.

For the past 3 years, we had Awards to celebrate our beautiful women in the Northern Cape their hard work, and dedicated to their business.

This year with the COVID19 Pandemic we are remembering some of Mme Re Ka Thusa Success Stories.

We are a small organization but we make a huge impact for the women in the Northern Cape sometimes you just need someone to hold your hand and walk with you step by step.

Supporting female entrepreneurship with financial and non-financial support to help them start and others to help them grow their business.

The success story for Uutkoms Take Away & catering 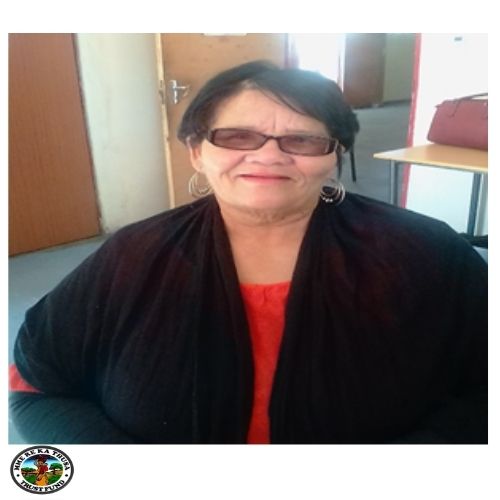 The business is based in Nababeep it started in 2015.

Anna the owner of Uutkoms Take-Aways & Catering believed that she could make her business work, and oh boy did she make it work.

With the help from the Mme Re Ka Thusa Trust fund, the loan she got helped her kick start her business again after the tragic incident sustained in 2014.

Visit Uutkoms T/A & Catering for the fresh food, the warm ambiance of the business, and her lovely personality, traits of making her customers feel at home, and tourists to feel welcomed.

Anna has her sights set on transportation in the Nababeep and the rest of the province, she already has the necessary vehicles for that venture, a 22 seater, and a 16 seater taxis.

The pictures below are just an indication of what Ms. AA Brandt can do but does not mean it’s her limitations. 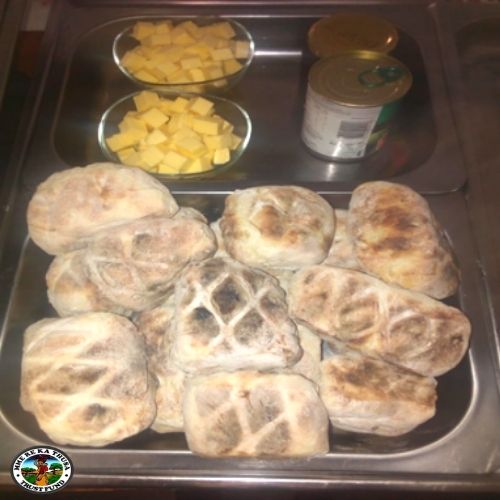 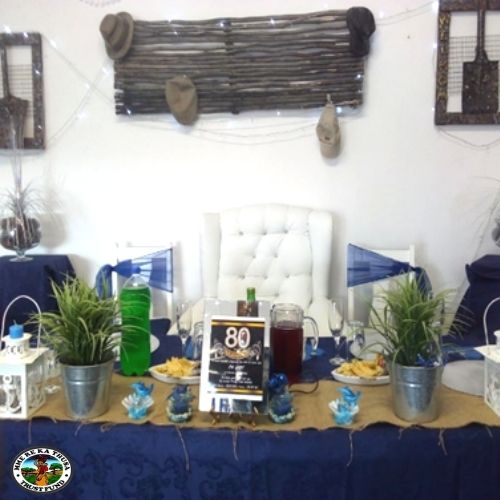 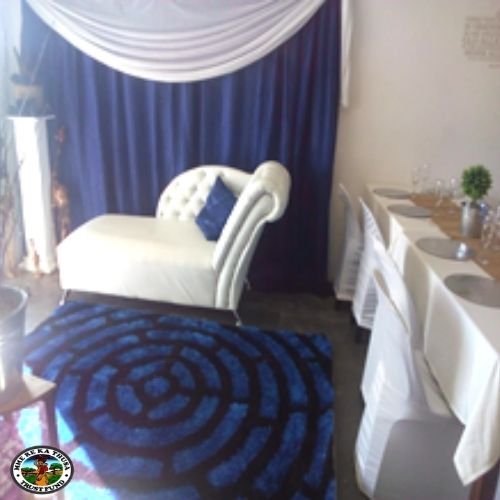 During the year 2014, the business went up in flames literally due to an electrical fault. She was gutted, all her equipment and stock damaged and destroyed. With no insurance, Anna had her back against the wall, she was caught between a rock and a hard place.

But being strong and determined as she was, that devastation did not set her back for long, as she picked and dusted herself off from all the loss she suffered.

Due to the financial constraints, she had to start afresh and that’s exactly what she did, she gradually started to trade again, putting her entrepreneurial skills to test. The building was repaired and her catering equipment was leased.

Getting payments from departments took sometimes a long time and that resulted in not having the funds to buy stock and she had transportation problems, which led to not being able to deliver or collect her inventory.

Having a 2-year contract with the Department of Public Works, and another contract renewable every 6 months from SAPS to feed/cater to the inmates.

Anna bought a bakkie and a car as well.

UUTKOMS T/A & CATERING will always have your back when you need to fill up on some delicious food prepared by someone who loves her work and values her clientele.

Whether its catering or just day to day operations. Anna is proof you can do anything you put your mind to.

Since that tragedy, 5 years ago. Ms. AA Brandt never looked back or let any obstacle in her way stop her from achieving success from doing what she loves.

To this day the business is up and running still.

As they say, it doesn’t feel like work if you love what you do and do what you love!!!!

MOGAMT SPICE CITY is a 100% Black-owned business which has been in existence for more than 15 years. 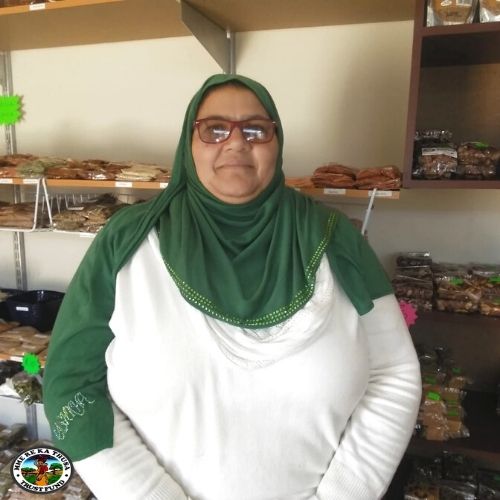 Raafiqha is the owner of MOGAMT SPICE CITY had challenges like any other business. She had to persevere and overcome those challenges Facing them head-on and stayed positive that she would prevail in the end, and prevail she did.

She did not let anyone or anything stop her, keep her from making her dream a reality. She kept moving forward because she believed in herself and the support from Mme Re Ka Thusa Trust Fund. 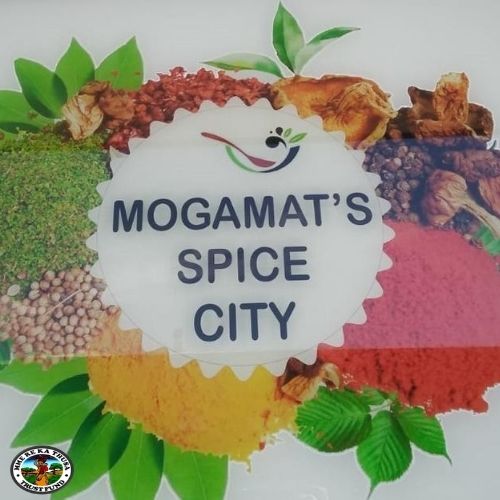 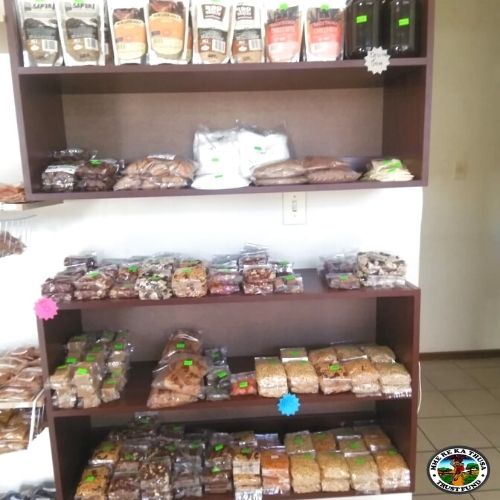 Miranda is the owner of Gamii Goas Guesthouse B&B.
Like a lot of entrepreneurs previously disadvantaged and purpose-driven businesswoman, Miranda started the business with a group of partners who later on all resigned leaving Miranda to fend for herself in the business.
But that did not deter the end for her, nor did it discourage or demotivate her. She re-registered the company under the new name Gamii Goas Guesthouse B&B.

By overcoming and beating the odds, facing her obstacle head-on to make her guesthouse a success, with the passion, dedication, hard work, tenacity and not giving up on her dreams, it proved it can limit to something.

She, later on, added new shuttle services to her existing list of services she offers, as she saw an opportunity to give tours to the local and tourist the best of Namakwa as the scenic routes and other attraction surrounding her Guesthouse are breathtaking!!!!

Miranda had to go through a lot of hardships and testing times to make it work, but Miranda is the type of businesswoman who believes that if u have a dream, don’t let it only be a dream but make it a reality, as dreams are there to be achieved.

With the right people in my corner having my back in helping making my  dream come true and make it a success,. Mme Re Ka Thusa Trust Fund believed in my vision and helped me with all possible ways to make it a reality.

Miranda’s achieve in her business journey

Finalist in the annual awards for women-owned businesses and companies hosted by Mme Re Ka Thusa Trust Fund, the theme was *Rock Solid*

Gamii goas guesthouse was awarded third place for businesses in the hospitality industries.

Miranda was also invited to be the guest of honor at a business lunch in Kimberley/ Port Norlloth.

When you take a tour in our beautiful province visit the Gamii goas guesthouse for comfortable and luxurious living.

Sharmain is the owner of Y2K driving school strongly believes that the youth and unemployed people who obtain their licenses will have a higher chance of getting employed.

Y2k does not only help the youth mostly but they are also disability friendly, they encourage disabled people to come and apply for their licenses. 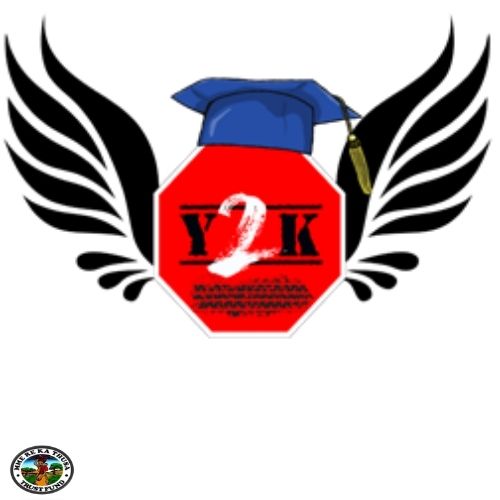 With a pass rate of 90% from 2015-2018 if you do not have your license visit the Y2K driving school because Shamain wants to be the leading driving school in the Namaqualand. 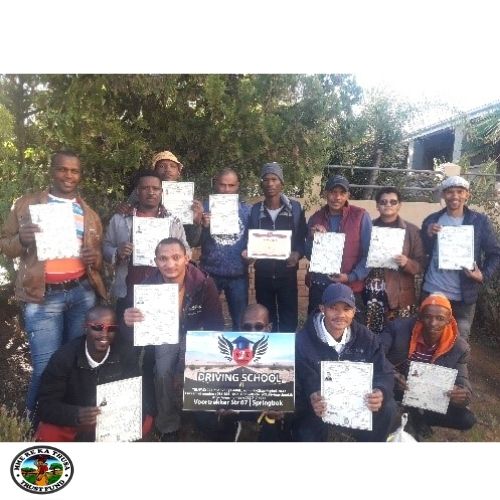 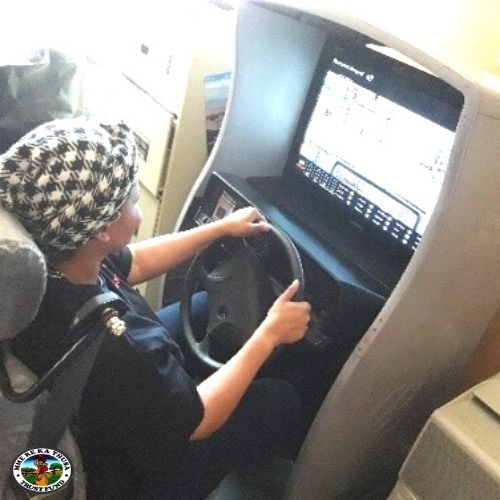 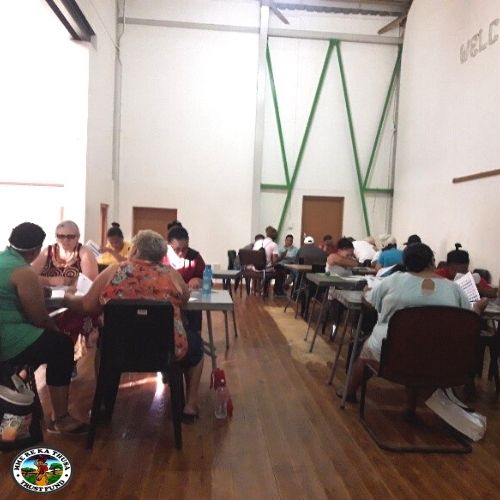 For Deidre, this was a business dream that went straight into her heart and mind and made her passionate about her business. It is true what they say,

She also saw the opportunity for this type of business as there was a need in her town for the kind of services she provides.

Deidre like any other business and company, she went through a lot but with perseverance, persistence, determination, and not to ever give up on her dream.

She worked hard through those difficult times. She believed in herself and the business she started.

Deidre was asked what success meant to her because a lot of people mistake the difference between success and making a profit. She answered Success meant to achieve a goal one has set for themselves.

Deidre had to go through a lot of hardships and testing times to make it work, but Deidre is the type of businesswoman who believes that if u have a dream, don’t let it only be a dream but make it a reality, as dreams are there to be achieved.

She proved it 10 years plus has the business been operating.
From stationary, internet facilities, copy and faxing to a whole lot more other services. 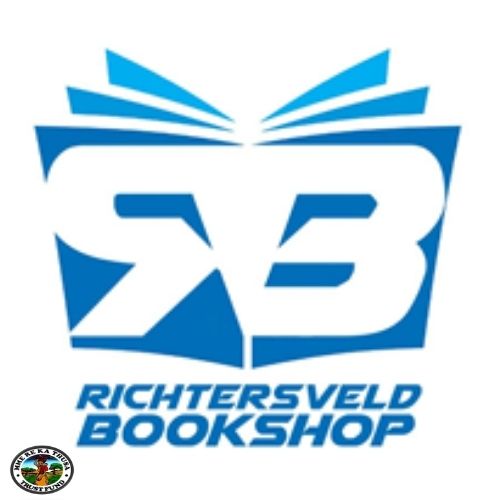 Five years ago Deidre got a grant from Mme Re Ka Thusa Trust Fund that enabled me to employ two young people in my business.
Richtersveld Boekwinkel & Kooperasie is on the move in the direction of franchises in other towns.

Advice from Deidre to start-up entrepreneurs out there and about Mme Re Ka Thusa Trust Fund?

Starting a new business will be the most difficult, thing you’ve ever done. That comes with the territory, but if you succeed it will also be the most rewarding. Be innovative, be determined, be focused, be patient, take your time. Believe in what you trying to do, expect to fail but how you pick yourselves up will determine how your journey will go.

Deidre message to MRKTTF -> Keep up the good work, we thank you for the effort you put in us and that you always believe in us. 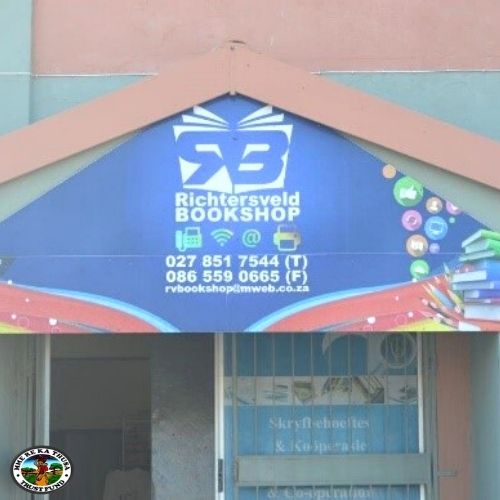 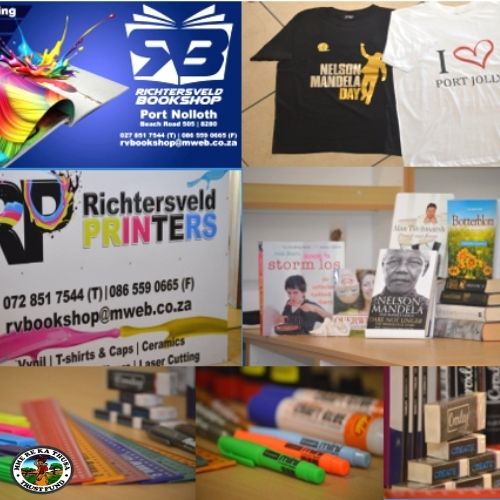 The success stories mentioned above are just some of our beneficiaries.

We at Mme Re Ka Thusa Trust Fund strongly believe in women in business who have the drive, the initiative, innovation, and passion to start a business from scratch and make it a success.